Sixty years ago downtown Vancouver was a residentail neighborhoo  of Arts & Crafts bungalows. The downtown core has been redeveloped into a city of of glass towers and condominiums.

Fugue was presented in 1984 as one of the last blocks of single family hlouses located in the downtown/west side was demolished.

Prior to demolition the house numbers were peeled off and embedded into a sculptural model.

On demolition day the sound was transferred live to the installation site, a derelict warehouse half a mile away. Later the demoliton sounds were incorporated into two other sound layers in concert: a piano being slowly pried apart and a series of piano excercises. This arrangement was presented as 45 minute recitals.

Following the intial installation, the piece was reconfigured and shown across Canada. It is now in the collection of the Vancouver Art Gallery. 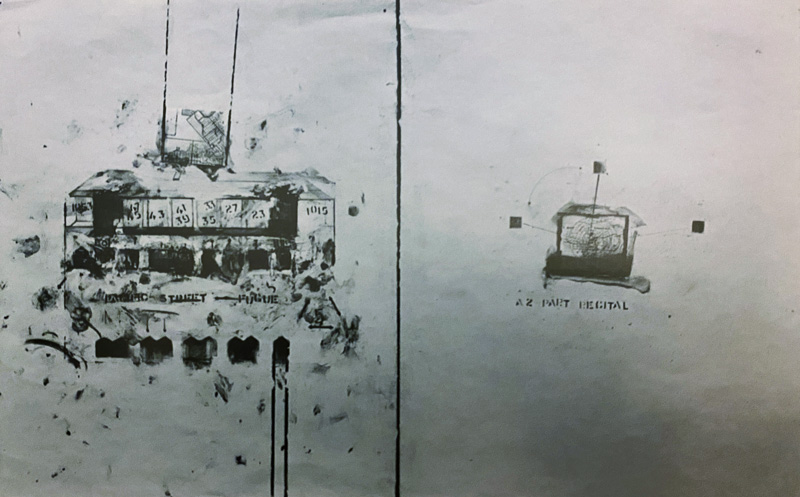 Joey Morgan has been fascinated with the cncept of being and not being, of temporality and the memory of it and with the dispacement in both a spatial/psychological sense,

To separate a part from the whole distorts and closes off full information, though througn the subsequent involvement of the viewer's powers of visulalizatin of the missing section, a new and different whole can be imagined.

The abstracting principle relies on the frangment to imply the complete entity, and the part given can become loaded with references. 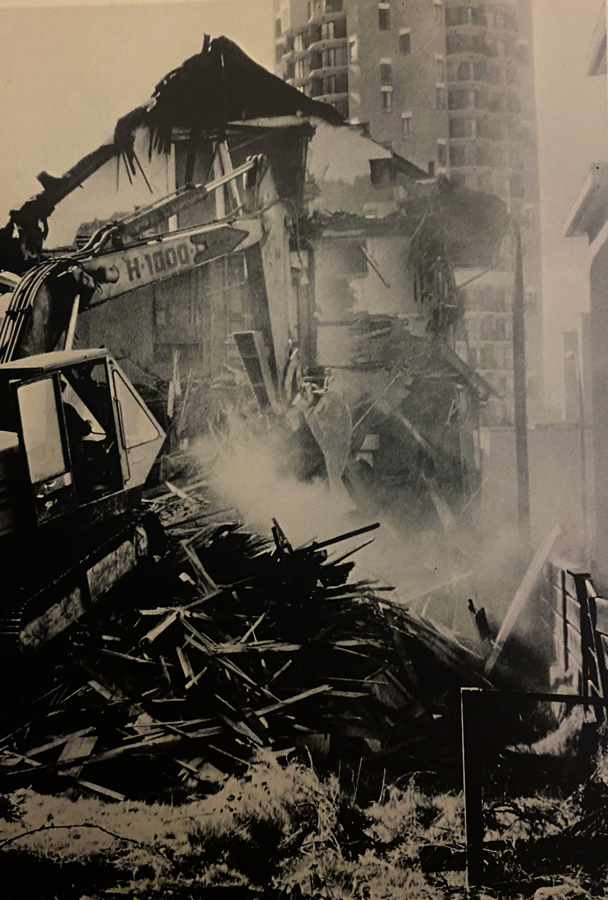